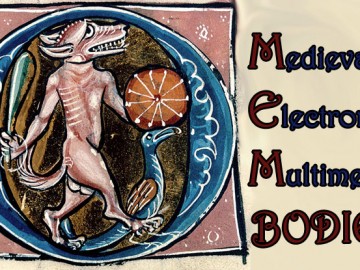 Not too long ago (and more recently published, despite the date of the publication), I wrote a manifesto for The Year’s Work in Medievalism‘s special issue, Medievalism NOW!, entitled “The Quest for a Deaf Lesbian Dwarf  (or Anyone Else that Might Have Been Excluded) in Medievalist Video Games: A Response to Karl Fugelso’s Manifesto.”  I would like to build upon something I wrote in that article:

As with my quest for a deaf lesbian dwarf and/or midget/gnome in medievalist video games, ISSM’s struggle to push beyond the barriers of current medievalism studies, to make studies in medievalism(s) reflect a broader spectrum of cultural and aesthetic studies, is perhaps the wrong quest. Maybe we should be questing without an agenda? […] Our addiction to scholarship is healthy, if not also exploited.  […]  We should continue [Fugelso’s] invitation, pound steadily upon the doors of locked away (marginalized) scholars and oppressed topics until the hinges drop off. I heartily applaud Fugelso’s manifesto. It is indeed written in the spirit of what Leslie Workman, Kathleen Verduin, Tom Shippey, and other founding members embraced as they set out upon the original quest for medievalism scholarship. […] We need to do what we do best: to create a well-endowed scholarly atmosphere, one that fights against the five faces of oppression, both within and without the publishing world, for writers and editors alike. Those categories of oppression (exploitation, marginalization, powerlessness, cultural imperialism, and violence) are difficult to fight, sometimes even to identify.

In referring to Iris Marion Young’s “Five Faces of Oppression” chapter (in her classic text, Justice and the Politics of Difference), I was attempting to suggest that genre studies should also be re-aligned to better reflect the broad spectrum of multimedia and multimodal expressions.

I do not at all mean that they should be changed to more political categories.  (Young has done that, already, after all.)  I mean that such genre categories as Romance, Realism, Naturalism, Fantasy, Science Fiction, Sci-Fi Fantasy, and blah, blah, blah are too limiting; they suggest singularities of perspectives that simply do not often truly dominate the work, much less exist as singular genre types from the start.  The result is that we wind up further and further into specifying categories such as feminist steampunk science fiction fantasy surrealism (a book that I would love to write and then adapt into a movie and a song and a video game and . . .).  And the medium does have an affect on the genre.  For example, Peter Dinkledge has performed in several seasons of the adapted for television Game of Thrones, and yet has declared that he has never read George R. R. Martin’s books (which I suspect is why his character is just so incredibly awesome).

For that matter, consider the forced realism of cinematic fantasy, as opposed to the (more freely permitted) fantasy of book fantasy.  This is a quandary that I would like to research and consider further.  If anyone has any thoughts about genre, please consider sharing them on Saturday posts for this blog.  Contact me (clrobins@kent.edu) for consideration as a possible contributor, or simply feel free to post comments below this and future relevant posts.