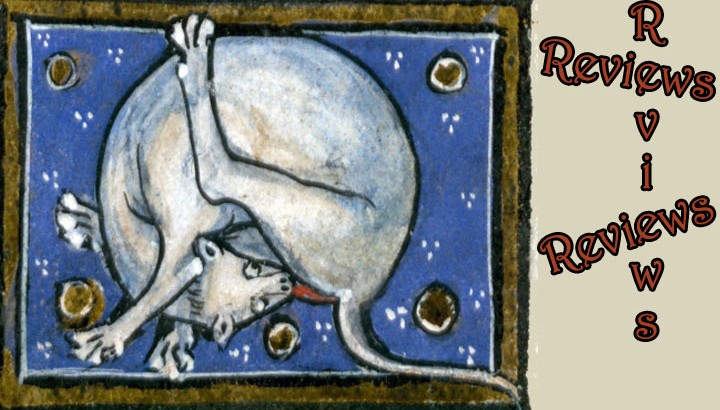 “Ugh! REALLY? You want to go see THAT movie?”

I saw the first Hobbit film of Peter Jackson‘s trilogy in the movie theater (The Hobbit: An Unexpected Journey, 2012), and was amazed by the lack of humor and the use of inauthentic dwarfs.  At the end of that showing, a gentleman sitting behind me bellowed, “What the FUCK was THAT!?  What the FUCK!?” and stormed up the aisle and out of the theater.  In empathy toward this gentleman, I had thought to myself, “What the muck, indeed.  What a muck!” I also saw the second Hobbit film in the movie theater (The Hobbit: The Desolation of Smaug, 2013).  That time, I was not so scandalously shocked, and I even enjoyed parts of it, now that I had been fully desensitized and re-programmed not to view it as an adaptation of Tolkien’s novel.

That did not mean, however, that I at all wanted to see this third hyper-cinematic adaptation/rehashing of The Hobbit, which was actually also an incorporation of parts of The Silmarillion.   The trailer did not sway my fears of watching this final film.

Metacritic gave this film a Metascore of 59 with a User Score of 7.3.  One critic (who gave the film a low score of 50) sums up what I feared I would be watching:

“If you want to see a Renaissance faire turned into an

apocalyptic battlefield, this is the ticket.”

However, the movie has done well in the box office.  The Daily Mail reported on January 4th that, at the end of the third week of this film’s running, The Hobbit: The Battle of Five Armies “narrowly kept out the Disney musical Into the Woods from the top spot which hauled in $19.1 million…” by making $21.9 million after the first weekend of shows.  Even so, I didn’t want to see it.  I really didn’t want to see it. 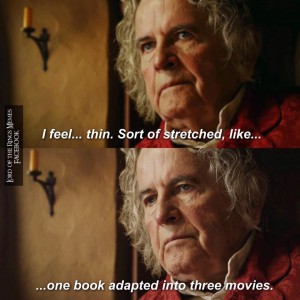 However, I saw the movie, and I actually enjoyed it.  I really enjoyed it.  I turned off my inner-critic, convincing myself not to compare/contrast it with anything Tolkien or Tolkienesque.  Having succeeded in doing so, as well as enjoying a nice bit of old-fashioned hand-holding and popcorn munching, I found the movie to be purely entertaining, a real “Renaissance faire turned into an apocalyptic battlefield”, and that was lots of fun. Dude, it was awesome!